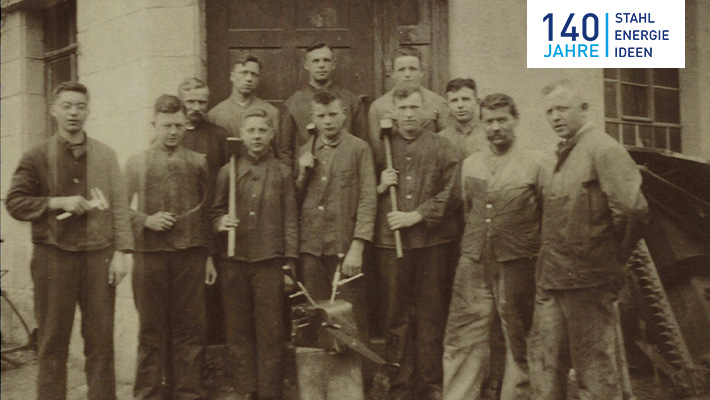 Steel, energy and ideas since 1880

SÜLZLE celebrates company anniversary: The 140-year history of the SÜLZLE Group began with the opening of a small witness smithy. At the Rosenfeld market place Wilhelm Sülzle connected for the first time what was to become the absolute trademark of the entire group of companies over the decades: commercial knowledge, technical know-how and sustainable, value-based action.

Through investments and new innovations, the SÜLZLE Group grew steadily over several generations. Under the management of Andreas and Heinrich Sülzle, the company network became a corporate group, which brings together steel, energy and ideas in a symbiosis.

In this way, a small company has been transformed into a powerful international group of companies, which is now in its fourth generation of family management and comprises the seven business units SÜLZLE Stahlpartner, SÜLZLE Hagmeyer, SÜLZLE Nutzeisen, SÜLZLE STAHL Ehrenfriedersdorf, SÜLZLE KOPF, SÜLZLE KLEIN and SOTRALENTZ CONSTRUCTION. In these areas the SÜLZLE Group employs about 1,000 employees at 25 locations in Germany and France.