You are here: Home1 / Steel for radio astronomy station 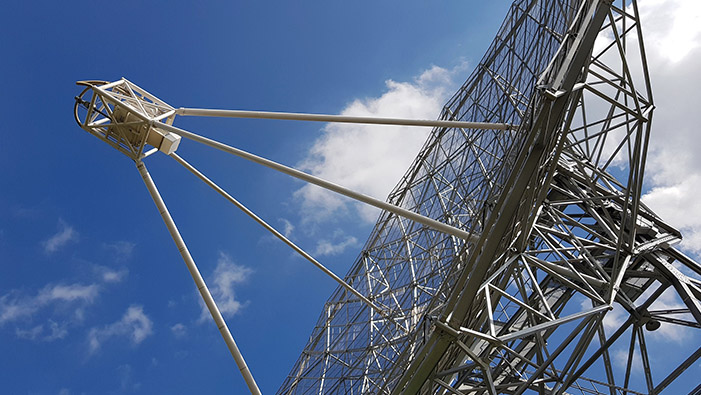 Giant radio telescope to be installed in Nançay

A gigantic low-frequency radio telescope, an instrument that emits radiation of the radio waves of the stars, is installed in the heart of the radio astronomy. It will consist of 1,824 antennas. The aim of the project is to observe the sky with a new, much more sensitive instrument that will be among the most powerful in the world. NenuFAR is located on the site of the radio astronomy station Nançay,  that unites the French radio telescopes in the heart of Sologne. It is home to the fourth largest radio telescope in the world, which is used to observe the universe between 3 cm and 10 m wavelength. In the Institut Nançay different radio telescopes with different areas of responsibility are used. Among others the tasks include the detection and investigation of exoplanets, i.e. planets orbiting stars other than the Sun the detection of the radio signal of the “Cosmic Dawn”, the moment of the formation of the first stars and galaxies about 100 million years after the Big Bang, and the investigation of pulsars at low frequencies. Pulsars are dead stars that are hyperdense and strongly magnetized in fast rotation at low frequencies. In addition, NenuFAR also enables many other studies. SOTRALENTZ CONSTRUCTION provides the list mats for this special project. The inauguration of the new radio telescope is planned for autumn 2020.

Logistical masterpiece through the Neckar Valley

SÜLZLE Hagmeyer at the training fair in Geislingen
Scroll to top